Our Chair of the Board gets her COVID Vaccination 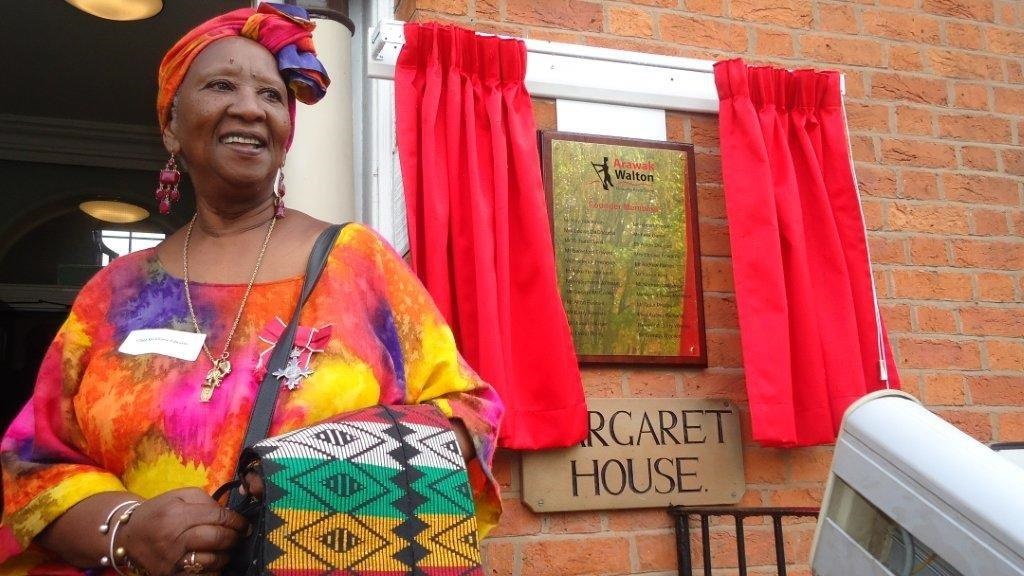 Elouise was a founding member of Arawak Walton who will be sadly missed by the communities upon which she made a significant impact on. She sadly passed away on Saturday, 23rd January 2021.

Elouise was born in Guyana, South America on the 28th December 1932. Her mother Erica Grimes was married to Samuel Chandler and they had ten children, five boys and five girls – Elouise was the youngest child.

In 1961, Elouise and their first child Beresford Junior immigrated to Manchester, England to join her husband.

Elouise received an MBE (Membership of the British Empire) for her tireless services to the local community. The University of Manchester also awarded her an honorary degree of Master of Arts for service to the community.

Elouise was also involved with the following organisations over the many years, namely: Northwest Arts Group, Iqbal Ullah Centre, Kath Locke Centre, the Progress Trust, Chel Group, 1981 Disturbance Committee and many others.

The Nigerian Community of Manchester gave her the title of Honorary Chieftain with an official naming ceremony conducted by Chief Reogigi-ugo of Nigeria, who performs the ceremony and present her with an award. The Manchester Black community now calls her Mama Edwards.