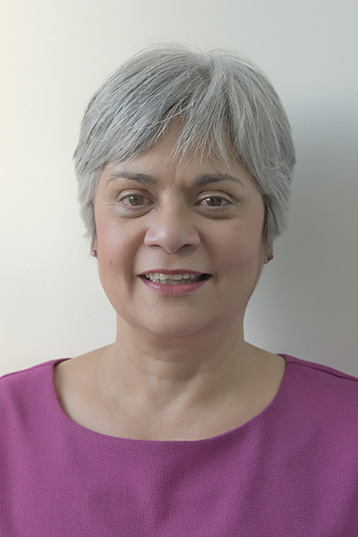 The benefits of investing in older stock needs to be demonstrated to policymakers, writes Cym D’Souza, Inside Housing

Current debates about future housing strategy concentrate mostly upon new house-building and tend to leave out discussion about regeneration of older housing in some of the country’s most deprived communities.

These communities often ‘doughnut’ the centres of cities and towns in the conurbation of the Midlands and the North, as well as in the capital.
They are marked by concentrations of high population density, often obsolescent local environments, the most polluted air, fuel poverty and economic deprivation.
Such ‘inner city’ communities contain disproportionate numbers of low income owner-occupiers and the poorest end of the private rented spectrum – as well as social housing renovated using government grant going back to the Housing Act 1974.

Housing associations have equally been providers of small new build housing schemes on in-fill sites in these areas. Deprived neighbourhoods have been where post-WWII regeneration policy has played out. They were selected for clearance in the 1950s and 1960s – designated as General Improvement Areas and Housing Action Areas in the 1970s and 1980s – and were the target of the New Deal for Communities programme under New Labour.

As research from the Human City Institute (HCI) reveals, BME people are over-represented in deprived communities where older housing and low-grade infrastructure are more prevalent. HCI’s mapping shows that BME households are three times more likely to be found in the most deprived two-fifths of neighbourhoods in England than whites. Around one quarter of BME households live in the oldest pre-1919 built homes, which are more prone to poor housing conditions.

Fifteen per cent of BME people live in a home with a category 1 hazard (designated as ‘poor housing’) under the Housing, Health and Safety Rating System. This rises to 18% for BME households living in the private rented sector.

Using the Hill’s definition of fuel poverty – taking into account housing costs and the ‘fuel poverty gap’ – shows that 16% of BME households live in fuel poor households compared with 10% of white households. Health inequalities are stark too, between the most deprived fifth of neighbourhoods compared with the top fifth. The difference between life expectancy at birth is almost a decade. Deprived communities are where generations of migrants have settled over the past 60 years or so.

The Windrush generation, much in the news recently, was usually reliant upon board and lodgings since they were excluded from social housing because they failed to meet ‘residential qualifications’. Many were greeted by signs in lodging house windows proclaiming “No Irish, No Blacks, No Dogs”.

BME housing organisations, created from 1986 onwards, were established to tackle such racial discrimination, disadvantage in housing and offer alternatives for BME people. That’s why our housing stock is mainly located in the most deprived communities, where as many as 1 in 3 private homes are classified as in poor condition or overcrowded. Thanks to a more generous grant system at that time, BME housing organisations were able to rehabilitate older homes in deprived neighbourhoods to provide high quality homes and keep communities together.

However, in the past decade this approach has almost disappeared as successive governments have pushed limited social housing grants towards newbuild solutions. These are ‘in situ’ housing needs that are habitually forgotten in housing debates where the only answer seems to be new supply. We must recognise that regeneration of more deprived areas is also a priority and requires a different approach to large-scale housing development currently being advanced to the exclusion of all else.

Our challenge is to shift the focus onto a wider housing canvas that embraces rehabilitation of older homes, selective demolition of obsolete housing where necessary and linkage of physical with social and economic regeneration – the essence of ‘place-making’. This is difficult at the moment when the policy narrative has become fixated upon new supply and generalised economic growth.

Needless to say, BME housing organisations are ideally located to deliver regeneration programmes along with their local government, larger housing association partners and the private and third sectors. However, we need to open more meaningful discussion with national and local government about the long-term beneficial impacts that increasing regeneration activity brings vs the costs of doing nothing, to create a more shared society, as prime minister Theresa May has advocated.

Today, in too many deprived areas, there is a lack of clear direction of how regeneration should be enacted, compounded by retrenchment in the capacity of local government which has been subject to some of the largest reductions in funding.

We need to advocate a resident-centred approach, encompassing all tenures and which speaks to the needs and aspirations of all ethnic groups. Otherwise, we are condemning some of the poorest residents to live in areas where under-investment is increasingly the norm.